The Tiger Swallowtail (Papilio glaucus) is a beautiful, large butterfly, usually in the range of 3.5" - 5.5", easily identified by its black "tiger stripes".

The black form is called dimorphic coloration, which adds a level of protection by mimicking the distasteful Pipevine Swallowtail. These females often exhibit a shadow of the "tiger" stripes. Males prefer yellow females, but the black form of the female is less attractive to predators.

Characteristics of the Tiger Swallowtail Butterfly

Tiger Swallowtails are often seen flying high over deciduous woods, forests, and along nearby streams. They also inhabit residential gardens, parks, and orchards.

They are often seen enjoying a variety of flowers, and gathering in large numbers at mud puddling locations. Their life span is about two weeks.

The produce 2-3 broods a year in the deep South U.S. Its breeding range encompasses most of the United States and Canada.

A side-by-side comparison of the male and female Eastern Tiger Swallowtail is shown below. 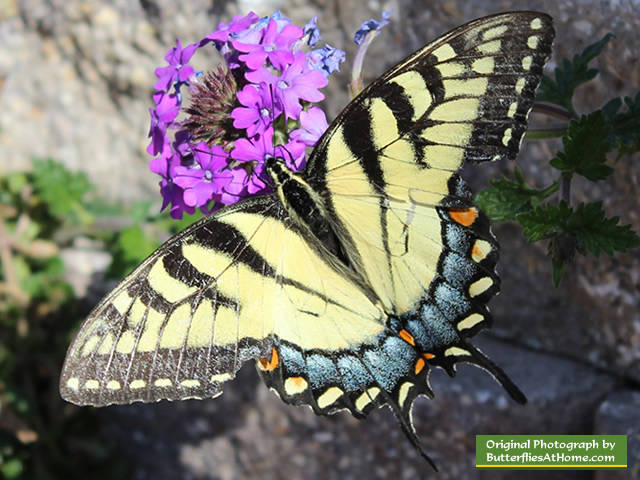 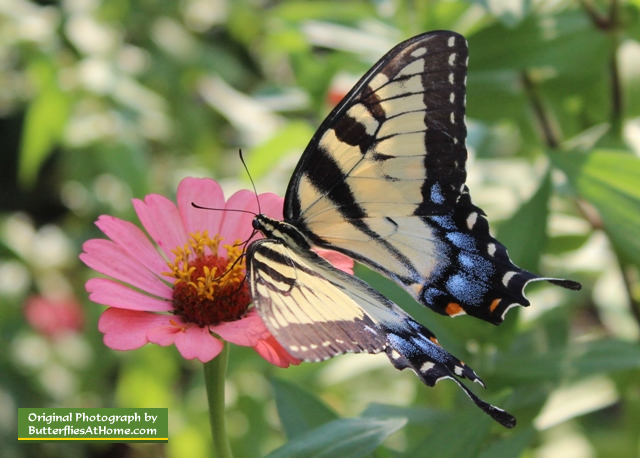 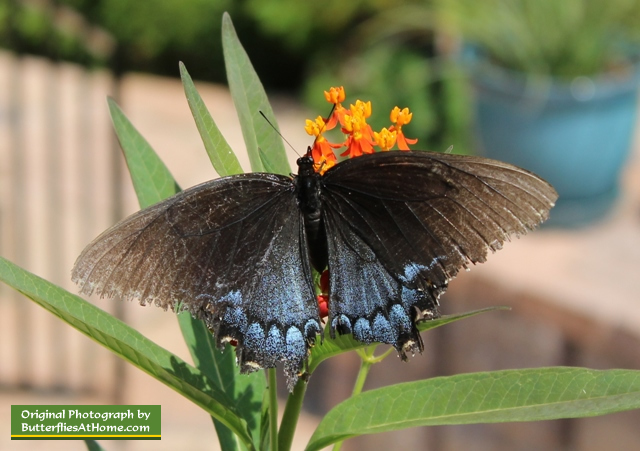 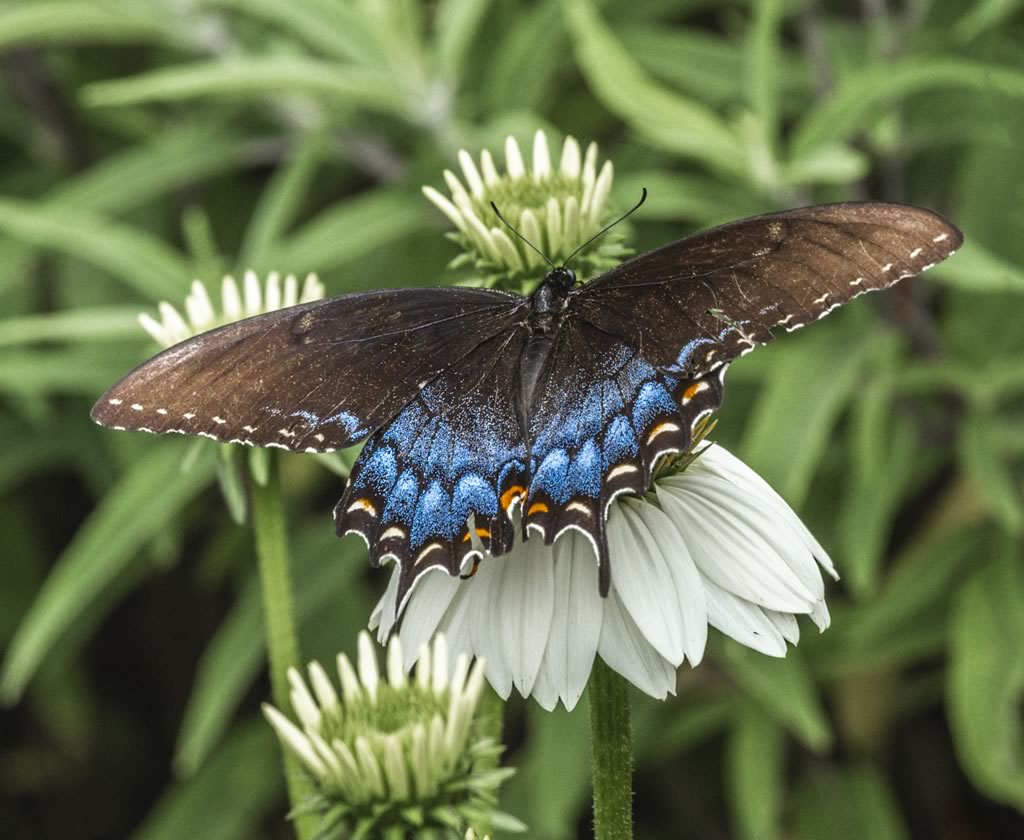 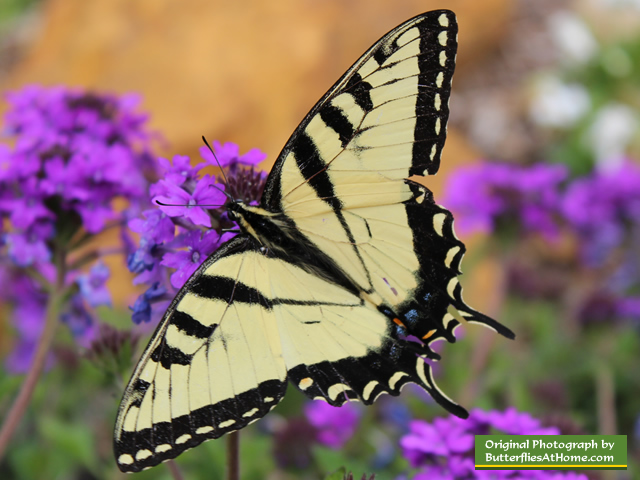 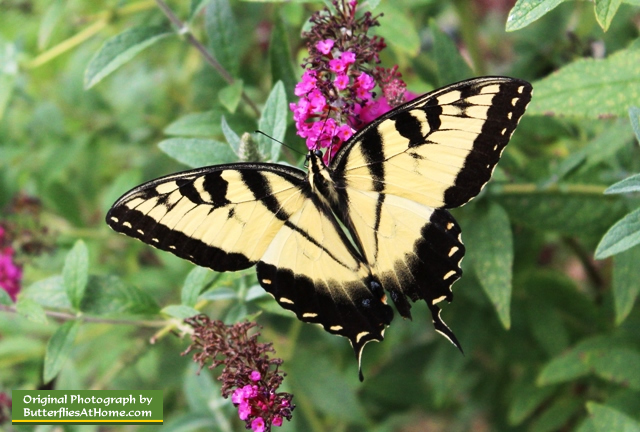 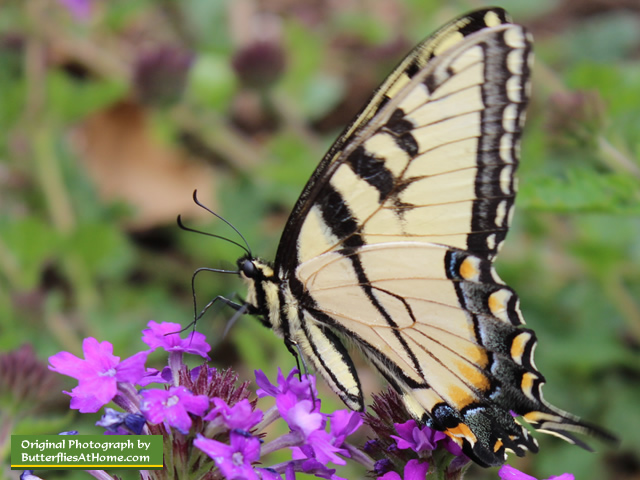 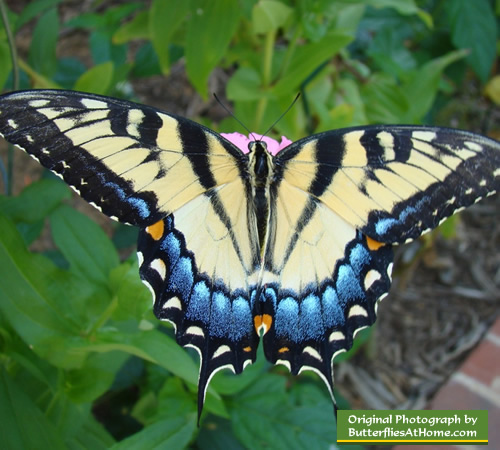 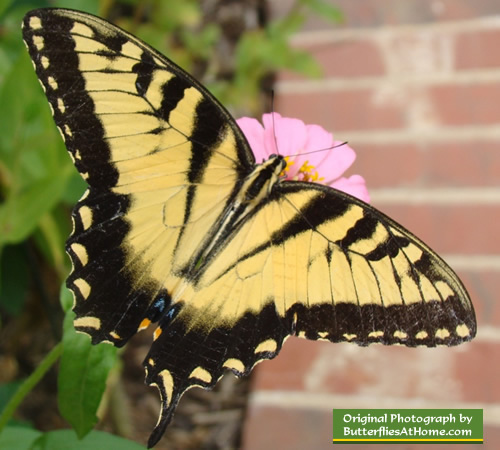 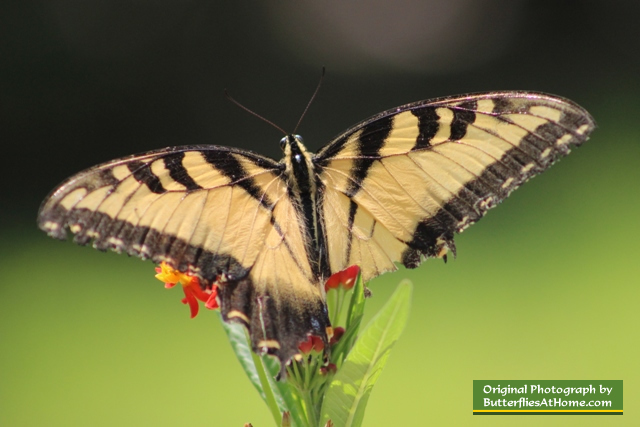