Its upperside is reddish orange with scattered small black specks and faint postmedian lines on both wings. The forewing has a small white spot, as shown in the photo below.

Males are redder than females, and Texas specimens are more brown.

The larvae feed mainly on oak, and sometime other trees. They are aggressive feeders, and generally consume all but stubs of midrib and large veins of leaves.

The Spiny Oakworm is found in much of the eastern United States from southern New England to central Florida west to Texas, Kansas, and Minnesota. 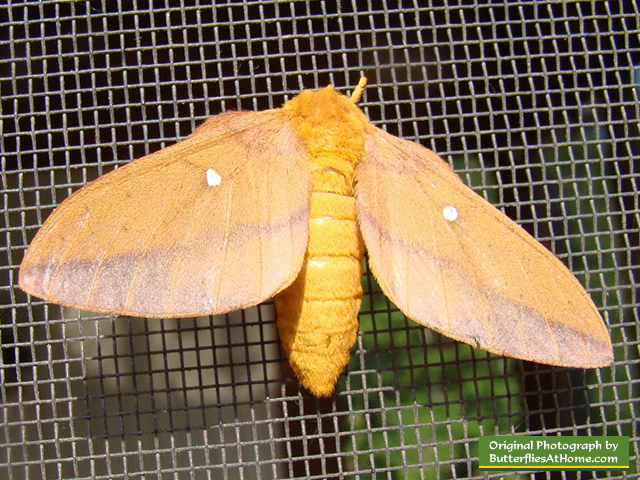