The term "hummingbird moth" is a general term applied to many medium to large moths in the Sphingidae family and Hemaris genus.

It feeds through a proboscis, a long, straw-like tube kept curled under the head when not in use. They can be beneficial through pollination of many species of plants. While most moths are active at night, the Hummingbird Moth is also active during the day.

The Clearwing Moth is often mistaken for a bumblebee due to its color and flight patterns. Its abdomen of yellow and black segments also appear similar to a bumblebee.

Although the caterpillars feed on leaves of various plants, most are innocuous, attracting little attention and causing little, if any, injury to garden plants.  Tomato and tobacco hornworms, which feed on tomatoes and a few related plants, are an exception, being true garden pests. The Tersa Sphinx caterpillar is often found decimating Pentas in the home landscape. 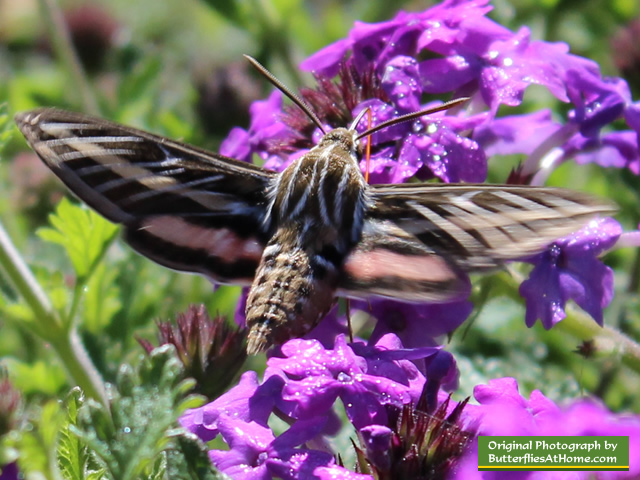 Snowberry Clearwing Hummingbird Moth (Hemaris diffinis)
Often mistaken for a bumblebee due to its yellow and black stripes along its back. 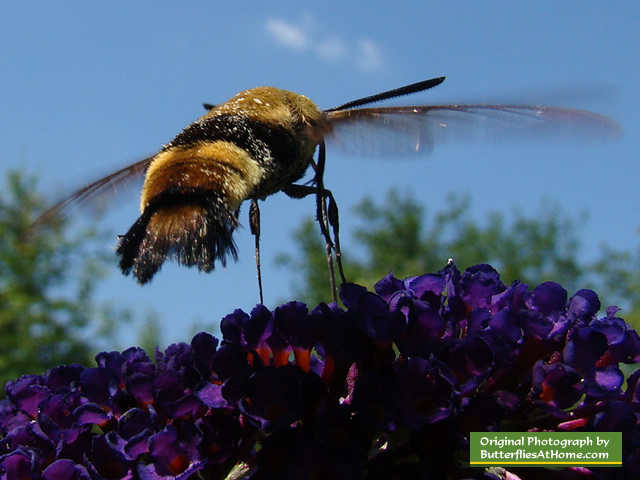 The translucent wings of a Snowberry Clearwing Hummingbird Moth 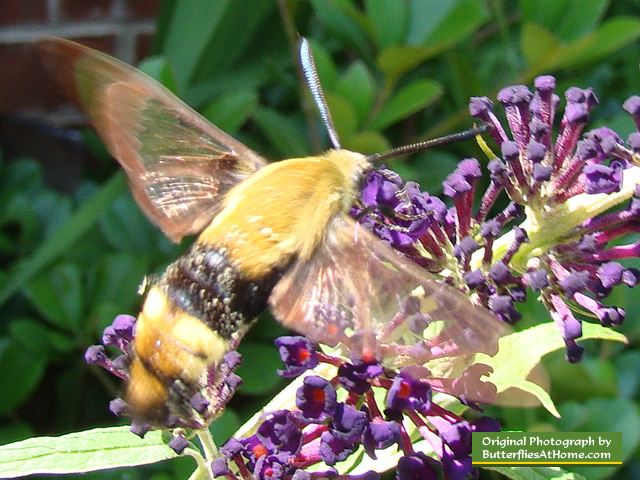 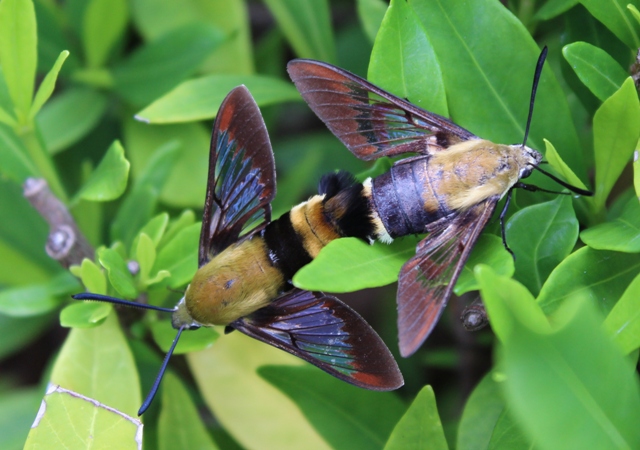