The Eastern Comma (Polygonia comma) is found through most of the Eastern United States, into northeastern Texas. It is also known as the "Hop Merchant" because of its love of hop leaves.

It is smaller than the similar Question Mark butterfly, and is characterized by the silver "comma" on its hind wings, which mimic the characteristics of tree bark. It is orange above, with dark brown patterns and markings.

Nectar and Host Plants Used by the Eastern Comma

A favorite nectar plant is the Butterfly Bush. 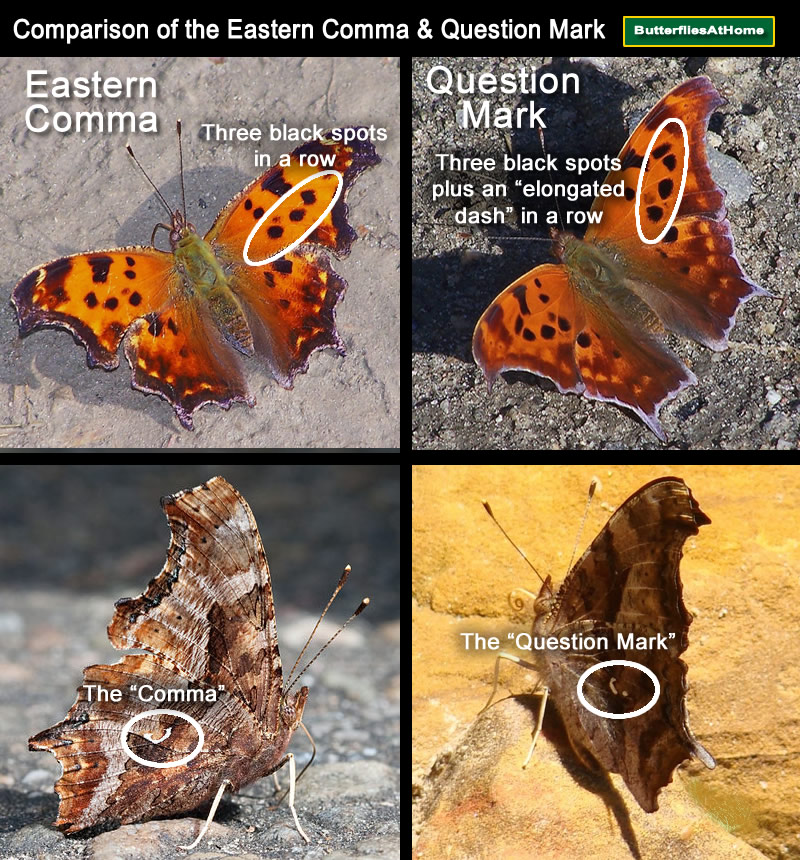